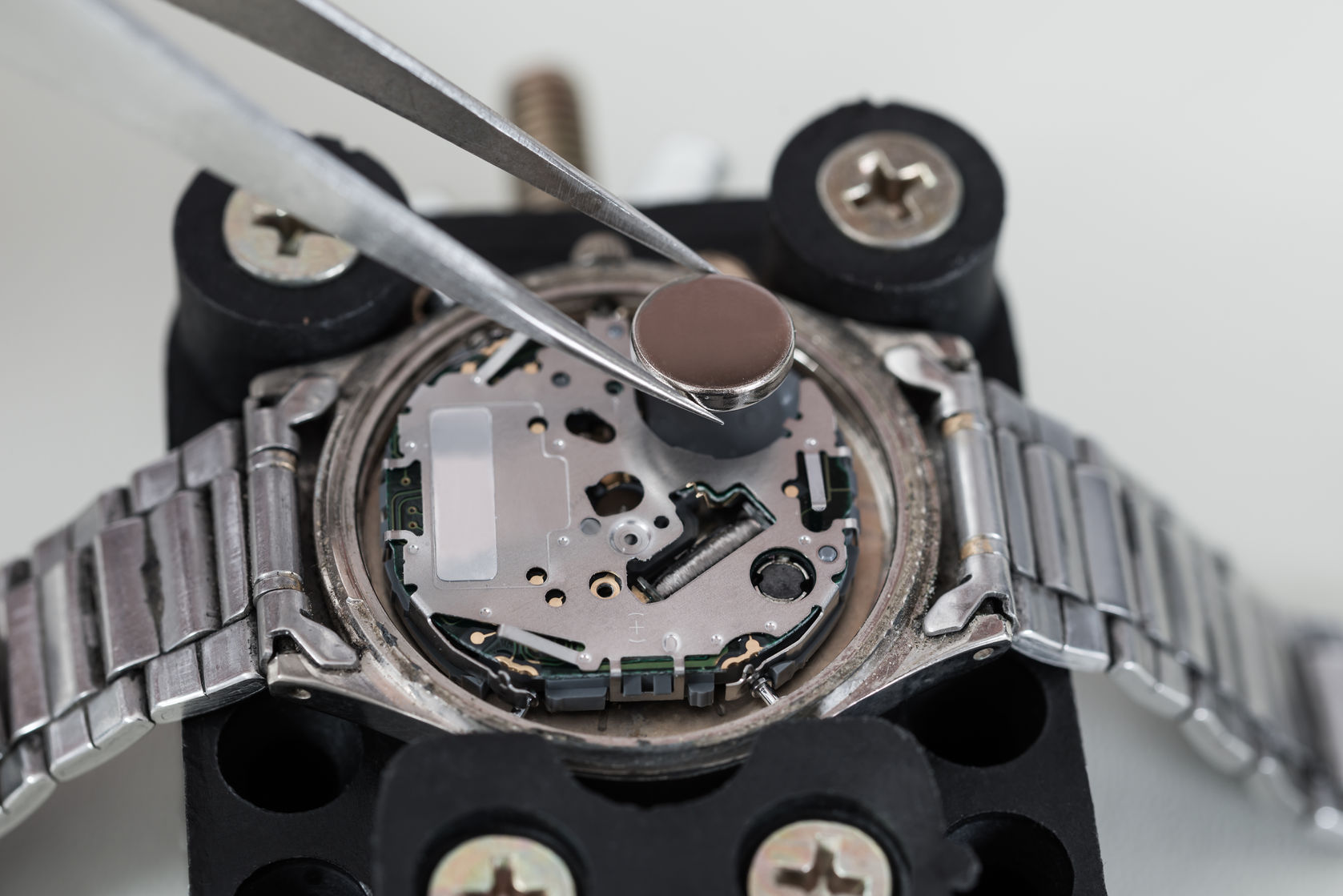 When we first started stocking and fitting watch batteries I was not really that keen. There are so many different batteries and what ones should we stock.  Our supplier was very helpful with this and told us what the most popular ones were that they sold.  Ten years on and we stock 24 different types of button batteries that are used in watches as well as other items such as children’s toys, kitchen and bathroom scales, computers, calculators, blood glucose meters, clocks and car remote fobs just to name a few.

Watch Batteries – Our three most popular

We find that 3 of the most popular button batteries we use are AG1, AG4 and CR2032. Different manufacturers use different reference numbers to identify the batteries they make.

For example the AG4 watch battery which is very popular it is also known as SR626SW and 377.

Here is a list of the batteries we stock and some of their other reference numbers.

Identifying certain button batteries can be very challenging, but what is more challenging is when a customer brings their watch in and there is no battery inside, sometimes it is not possible to find a battery in this situation.

Removing and putting the back of a watch is not always as easy as you would expect.  Fortunately we have a selection of tools to help us do this job including tools for screw on backs and a case press.

Sharon is Director of Northampton Locksmiths and has worked in the family business since leaving school. Sharon spends most of the day in the shop attending to customers. With a good understanding of how locks work she does most of the key cutting. She also does most of the engraving jobs for the company.