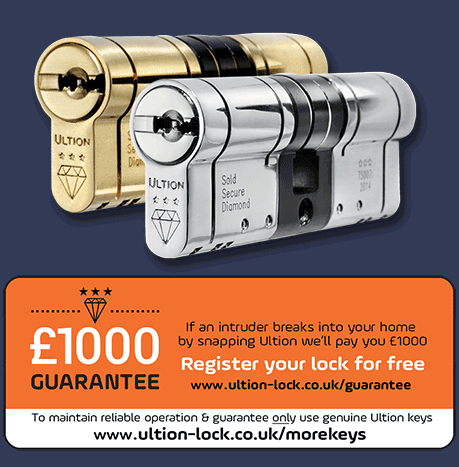 Serving the needs of the residential and commercial customer.

We carry out a lot of adjustments, repairs or replacement of locking mechanisms on UPVC doors. If you have a UPVC or Composite door and the handle or key seems to catch or is more difficult to turn than usual don’t ignore it! give us a call. If caught early it may only be an adjustment of the lock or keepers instead of needing us to open your UPVC or Composite door and replace the locking unit. Sometimes a minor adjustment of UPVC locking units can save a costly repair.

There are many manufacturers and variations of locks for UPVC doors. The locking mechanism inside the door can have different styles of locking features i.e.

Some of the older ones have been discontinued. Sometimes the cylinder which drives the locking mechanism can be faulty.

We will ask a few questions before coming out to you so that we can identify the type of locking unit. This will save us time but more importantly it will save you money.

We carry a wide selection of door locks in stock. However if we have not got one we can usually get it within a couple of days. If the door lock is discontinued we have a lot of experience in finding you the nearest replacement. 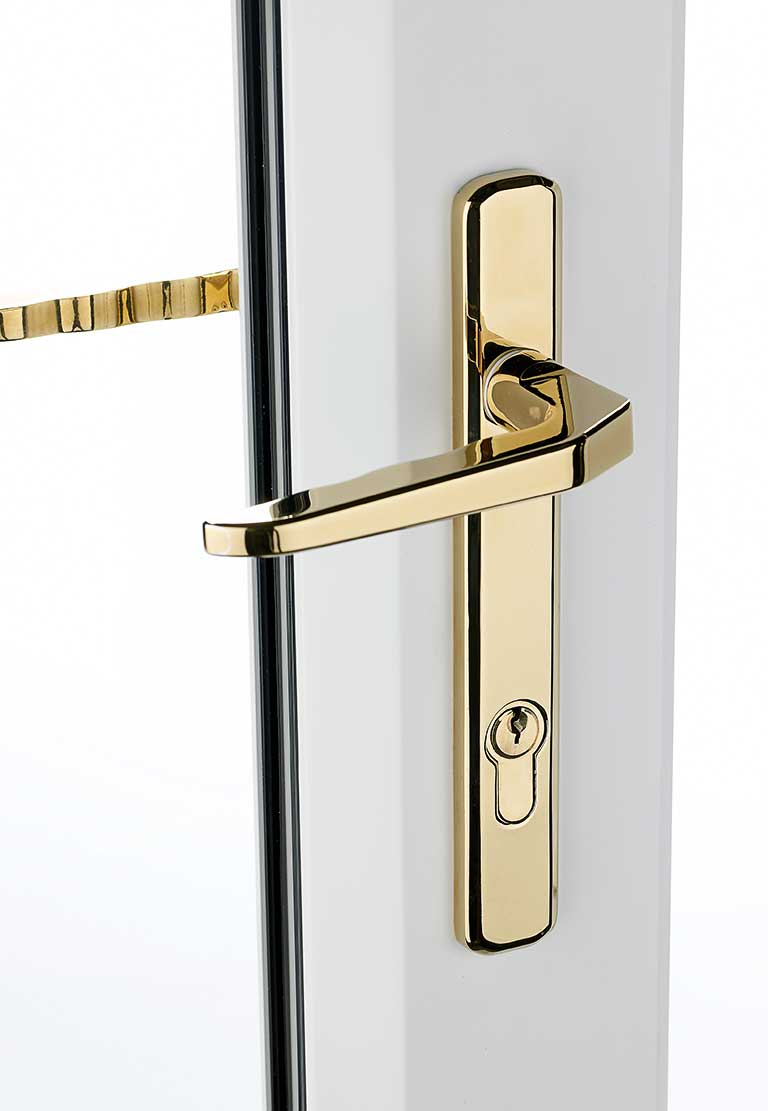 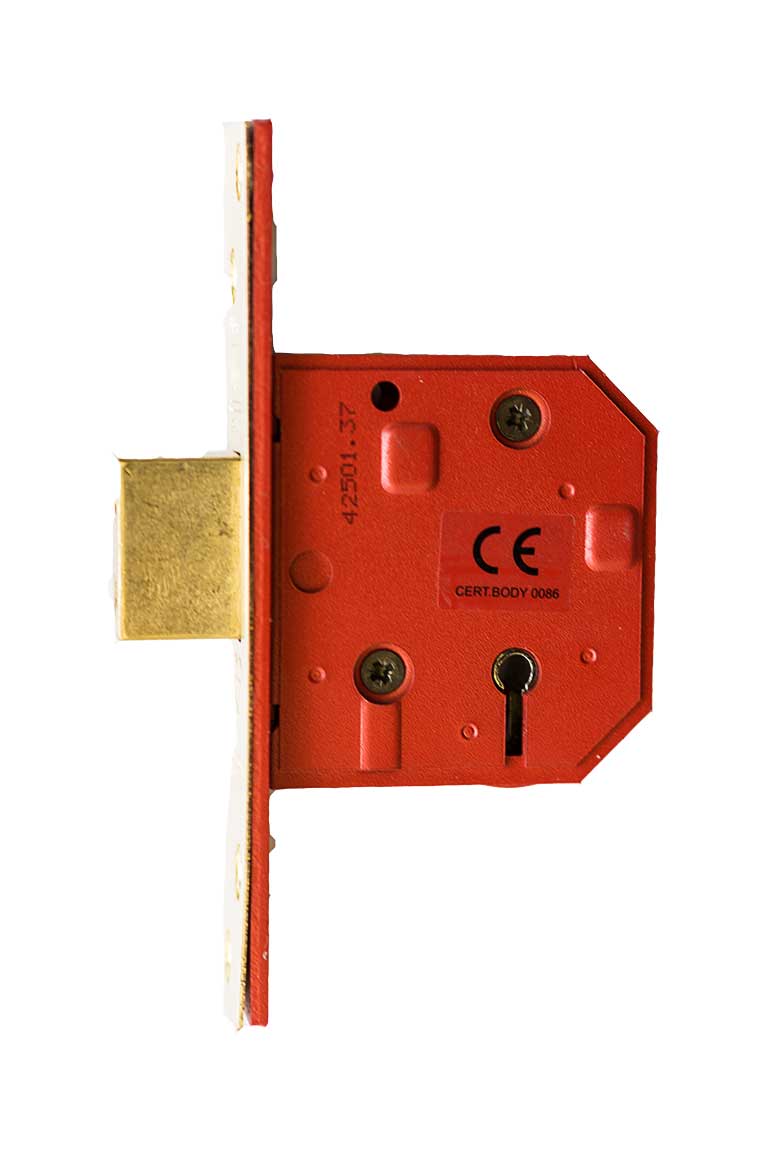 2 and 3 lever sashlocks and deadlocks generally provide a low level of security and so they are usually only installed on internal doors. They will sometimes have a key number on the key as there may only be 30 different keys to a particular make of lock. These locks are also available with rebate sets for double doors, but 2 and 3 lever locks should never be installed on any external door.

5 lever mortice sashlocks and deadlocks are operated from both sides with keys, the sashlock having a latch and handles where a deadlock is key operated only. There are 5 lever locks which do not comply with current insurance requirements and 5 lever British Standard locks to the new British Standard BS3621 2004 that have a 20mm lock bolt.

All locks fitted to external doors should meet or exceed BS3621 to comply with current insurance policy requirements. If there is a need to fit a lock on a set of double doors this can be done by using a rebate kit supplied independently to the lock.

We stock 5 lever locks from Chubb, Era, Union and Legge. We are able to “key alike” many of the locks from these ranges in our shop.

The mortice latch is not a security lock in itself; the main purpose is to hold a door closed against a breeze or wind. Mainly these are the tubular style but other styles are available, these are fitted to wood internal hinged doors with a pair of latch handles but can also be fitted to double rebated wood doors also. 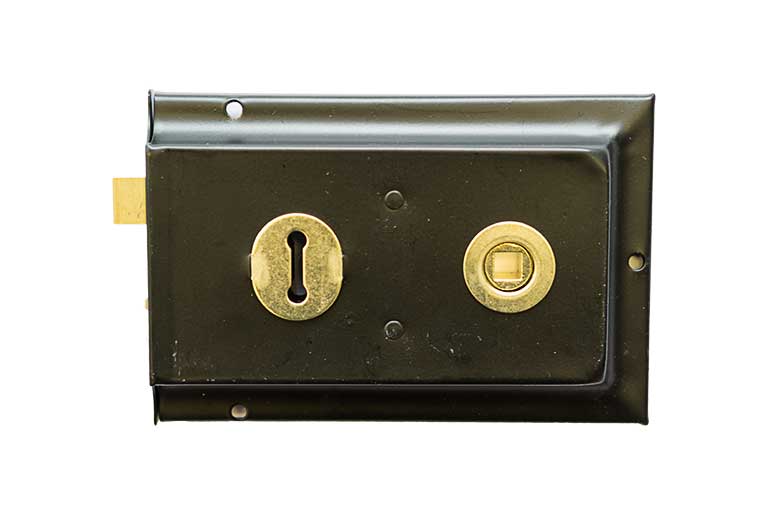 Rim locks are locks which are fitted to the inside surface of the door and lock into a box keeper fitted onto the frame. These locks provide very little security but they are widely used on sheds, outbuildings and older properties.

We stock a range of Rim Locks and can also make keys to older locks already fitted to properties.

Cylinder sashlocks and deadlocks give a wider scope of options for the customer as you can choose a cylinder lock case to suit your requirements and then add the cylinder type you require i.e. a standard cylinder key or a registered key cylinder such as Ultion or ABS. You can then choose the door furniture you require, such as brass or aluminium.

You can buy both products in 3 different formats; Single Sided Key, Key and Thumbturn and Double Sided Key.

These types of cylinder are a component and used in conjunction with a mortice lock case. While the oval cylinder is more common on Aluminium doors, it can be found on wooden doors as well. However the same can be said for the Euro style cylinder.

Both products are standard dimensions in size except for the length i.e. one side to the other, the length can be equal measurement but many are offset especially on UPVC doors. You can replace these door locks yourselves but it is important to know the size when replacing the cylinder. To get the exact measurement you need to remove the cylinder from your door. You then need to measure from the end of the cylinder to the centre screw hole on both sides and this will give you the split measurement i.e. 35 – 45.

We stock a large range of cylinders to suit your needs and security requirements. We provide a service to change these locks for you if you are unable to do so yourself. The oval cylinder is available on different key sections. (The oval does not have the anti-snap, anti-pick and anti-bump facilities.)

The euro cylinders are more widely used than the oval cylinders, especially on UPVC and Composite doors. The security level of the euro cylinder varies from a standard 5 or 6 Pin key to a high security patented key giving added protection.

UPVC and Composite doors have increased in popularity and have multi-point locks giving extra security. However the cylinders on these doors are the weak point and burglars have found they can snap the cylinders and get in easily. There are a range of cylinders available to help solve this problem.

Ultion and ABS have a range of 3 Star Kitemark cylinders that have anti-snap, anti-pick and anti-bump with the added bonus of a dimple security key. Both Ultion and ABS cylinders are available either key both sides or with a thumbturn on the inside and can be keyed the same as another cylinder on your property. 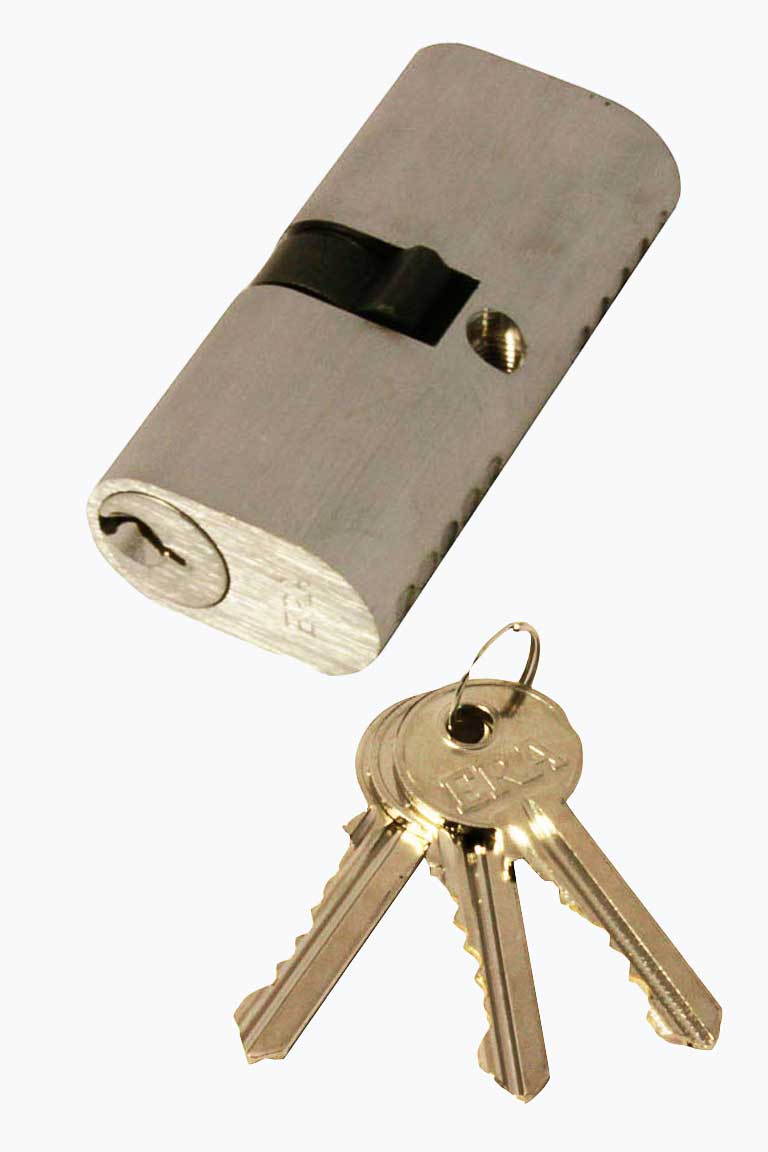 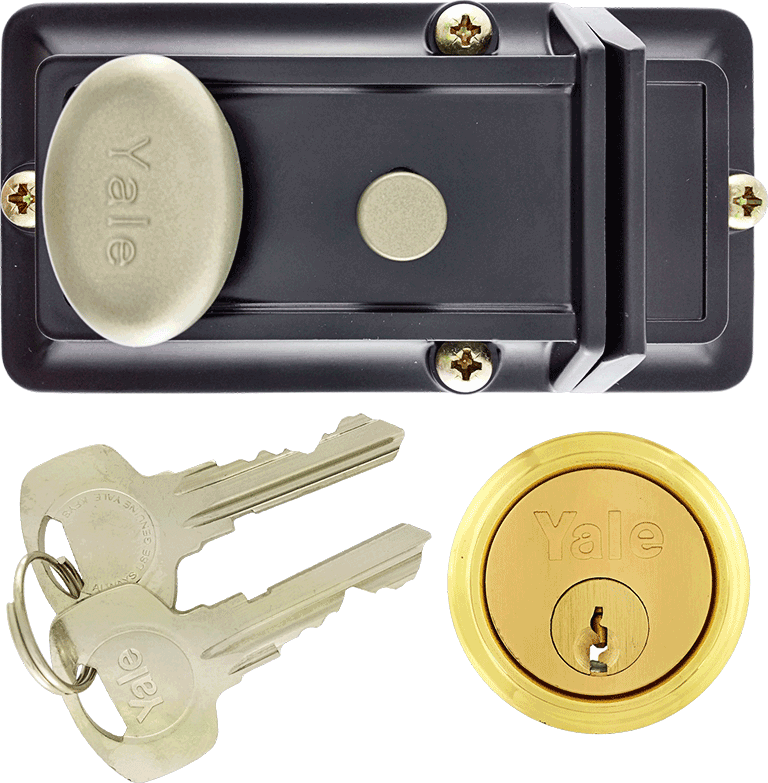 The rim cylinder nightlatch is the name given to the traditional style “Yale” locks. The body of the lock is fitted on the internal surface of the door which is then operated by a rim cylinder which passes through the door to the lock body.

Rim cylinder nightlatches come in many makes, designs and options from a basic Yale 77 nightatch to the Yale PBS range of high security deadlatches which comply with insurance BS3621 requirements.

A standard nightlatch should always be fitted with a 5 lever lock on external doors as the nightlatch can easily be broken into if fitted by itself. 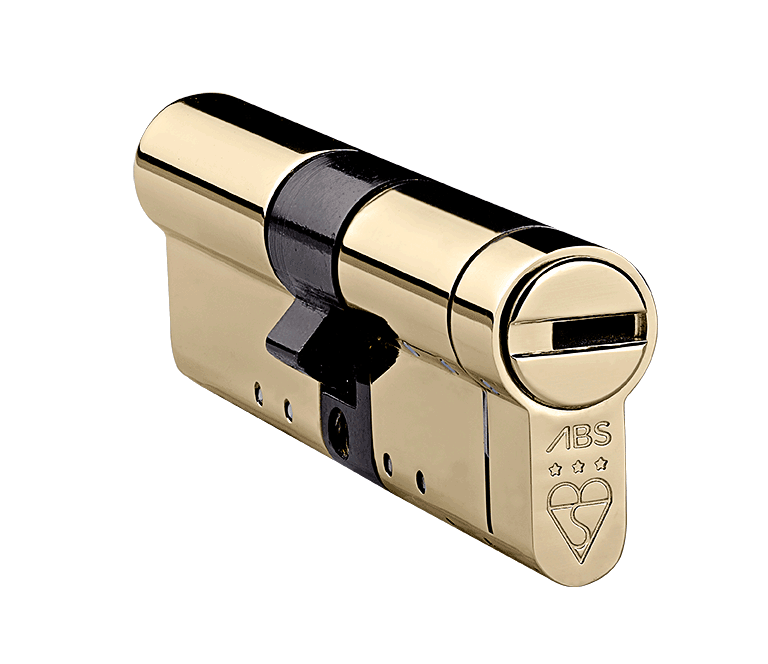 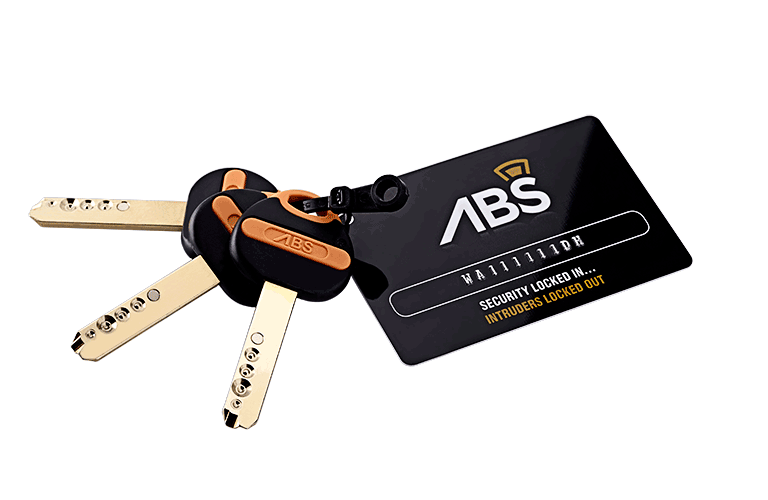 Good news for you and your home as we can now supply the new ABS cylinders which have the following benefits & features over your average UPVC cylinder.

Northampton Locksmiths are now able to cut duplicate keys to your property via the ABS Security card; we can also supply additional locks to fit your existing ABS key. We are able to supply a number of locks operated by ONE key, so you can enjoy security and convenience with a single key.

To make it really hard for the burglar and to protect you, your family and possessions, it is a quick, easy job to fit an ABS high security lock. You can either provide us with the size of your existing cylinder and we will supply you with the correct size ABS lock, or we can offer a full fitting service.

At Northampton Locksmiths we stock a wide range of door locks and if we do not have your particular lock in stock we can quite often get the lock in for next day delivery, where possible. The range of locks available on the market today is endless with different locks required for different applications Chubb locks have a range of “Detainer” commercial security locks which are available on a standard 5 detainer key.  Due to the higher risk of burglary to commercial premises the BS3621 British standard still applies to most insurance policies.

If you require further assistance please do not hesitate to call us. Alternatively you can reach us via our contact us form.

PROTECT YOUR BUSINESS AND ASSETS WITH OUR COMMERCIAL LOCKSMITH SERVICES

We pride ourselves with honesty and integrity which means you will only receive the best security advice and service. 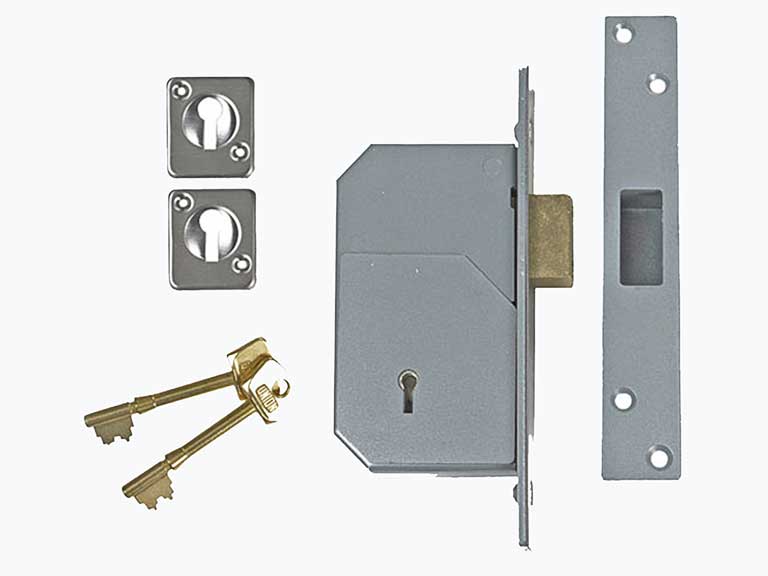